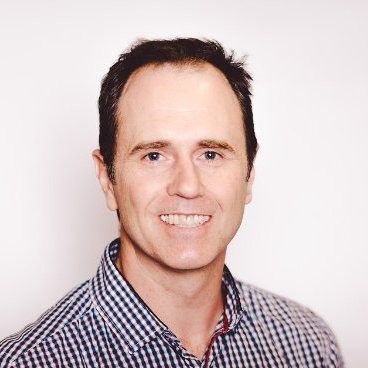 In our weekly celebration celebrating the AFL season and the launch of the updated ESPNfootytips app that Seventh Beam worked on alongside Codeware and ESPN Australia, we have entered a Celebrity Tipper into the Footy Tips global competition.  Each week we will be inviting various industry leaders to provide their tips for the round along with their top tip in life, and their top tip at work.

This week we have Guy Franklin, General Manager of Telstra Labs

Originally cutting his teeth in the early days of the WWW with <blink>, <marquee> and flaming logos, in 2001 Guy co-founded one of Australia’s longest running real time video streaming companies – Momentum Technologies (m-View).

Running the gauntlet of the 2001 tech crash along with the GFC, Momentum developed world first wireless video streaming hardware and software, built the first real time video streaming software for Symbian, Blackberry (IKR!), Windows and Android mobile devices and acquired a strong client base of enterprise, industrial and government customers, winning a number of international awards along the way.

After 9 years in start-up land he crossed over to the corporate world joining Telstra, working to define and build their software Developer program, API strategy, global software growth strategy and build an innovation methodology framework and team in the Chief Technology Office (CTO).

He’s now heading up a scrappy bunch of solution hackers at Telstra Labs (CTO) to build and test disruptive technologies with internal and external partners and helping startups in Telstra’s global Accelerator muru-D.

You’ll be remembered for who you are and the way you treat people, not for what you did.

View posts by steve
CEO and Founder of Seventh Beam