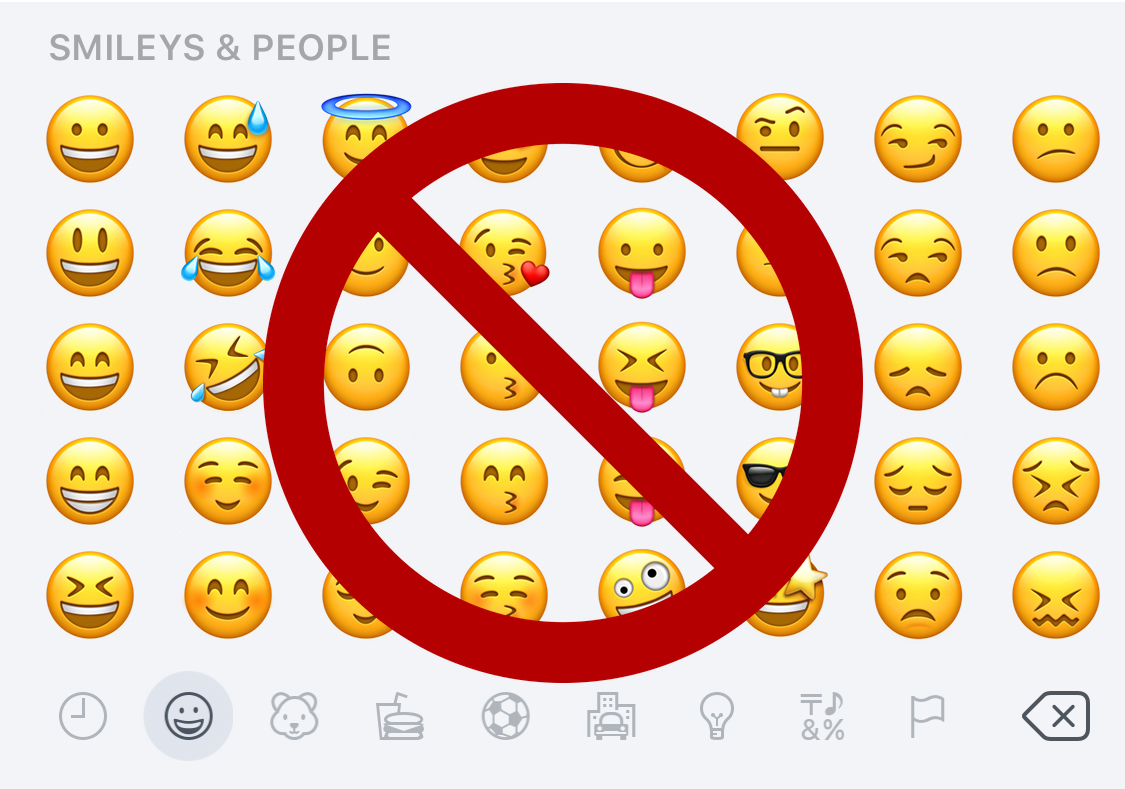 In recent days, Apple has begun rejecting any app that uses their emoji in its UI, or any App Store screenshots. The idea behind this being that Apple have copyright on their emoji designs, and developers are violating this copyright by including Apple’s emoji in their apps.

This is a big change for Apple to make, and many major players on the iOS App Store are now in violation of this. Slack’s use of the party popper emoji (🎉) is in violation, as is Snapchat’s famous use of the fire emoji (🔥) representing streaks. Even apps that simply use a heart emoji (❤) to represent liking or favouriting something now appear to be rejected.

These changes will require developers to make non-trivial redesigns to their apps before submitting their next update. The succinctness of emoji cannot be replicated in text, the word “Settings” takes up far more space than a gear (⚙). The only other alternative is for every app to include their own emoji set, but this feels a bit like unnecessarily reinventing the wheel.

The biggest issue with this is that the change wasn’t communicated to developers at all. The only reason we know about this is because another developer had their app rejected, and shared this via Twitter. Without this, developers would still be including emoji only to find out at the last minute that their apps would be rejected.

We’ll be monitoring the situation closely, looking to see if this will end up being an ongoing change.