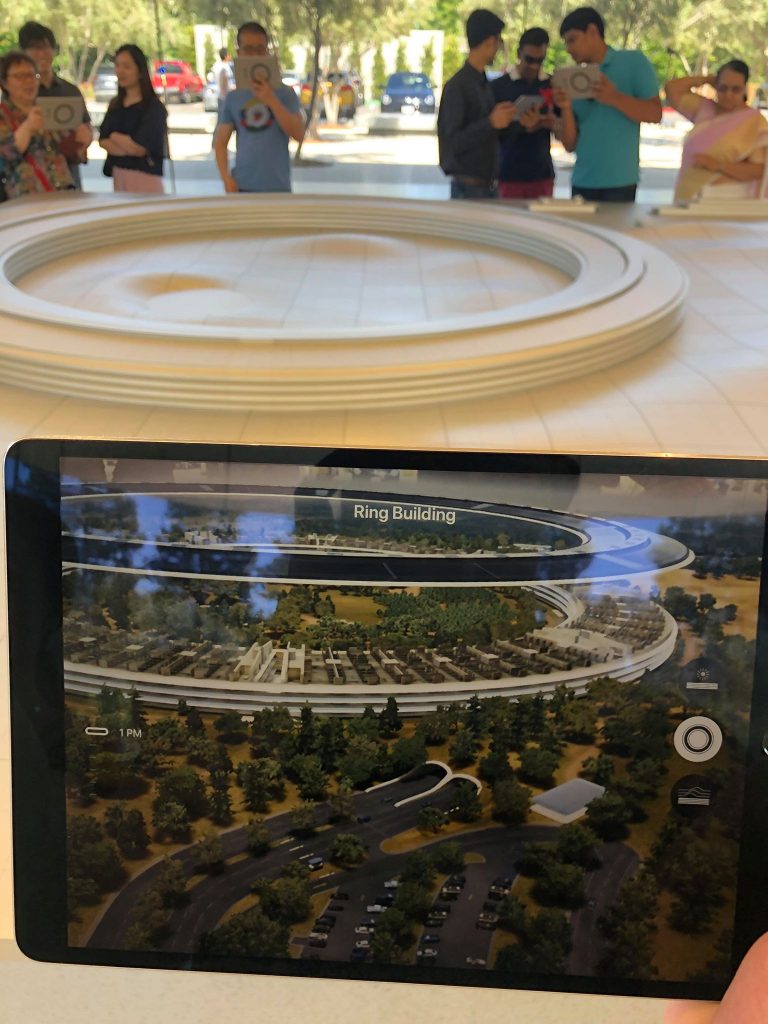 I’ve flown halfway around the world, jumped in a cab, and overslept, but here I am in San Jose at the Worldwide Developers Conference. Well actually as I write, I’m in the Apple Park Visitor Centre drinking the first cup of tea I’ve found in the country. Though I haven’t been here long the trip has already shown me what a world can look like when technology is pushed to the extreme.

The menus in the cafe are on iPads, on which you put in your order and tap your phone on the back to Apple Pay for it. You choose which shirt you want to remember the trip by in the Apple Store app on your phone, and again you pay by tapping your phone on the back of someone’s iPad. Down the other end of the visitor centre is a scale model of the campus surrounded by iPads, which allow you to bring the model to life using Augmented Reality. A simple swipe gets you inside the buildings to continue your tour.

A quick walk up the staircase to the rooftop deck however teleports you into a different world. The deck is barren of technology, and Apple’s choice to heavily landscape the surrounding area completely removes the idea that you’re even in a city. There’s just people talking, and a nice view. It’s a reminder that no matter how far we push tech, it’s important to remember the people that use the tech are what matters.