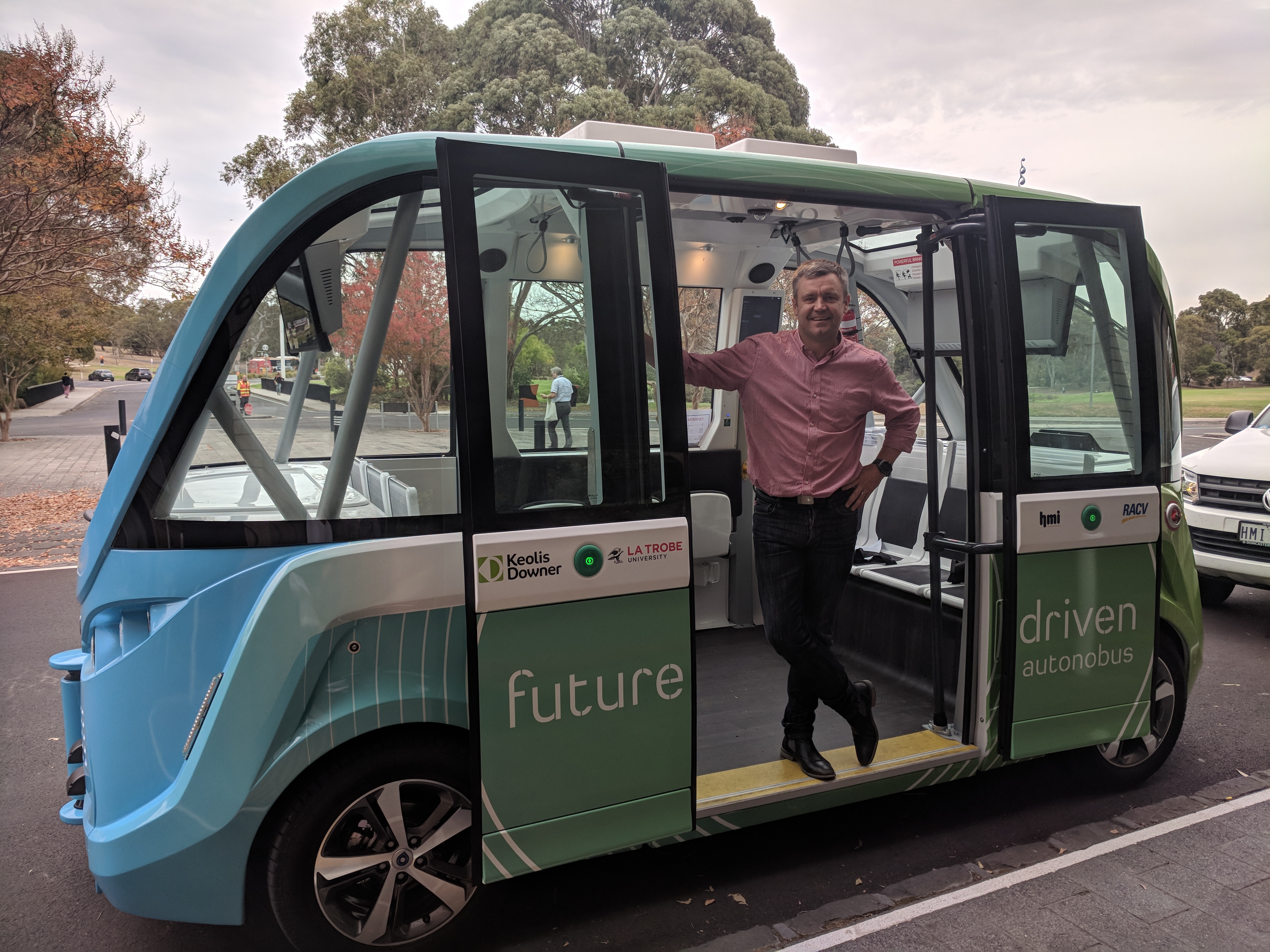 At Seventh Beam we’re always trying to keep across the latest technological advances, making sure we understand the potential applications.  This is a part of the job that I love and is something I’d be doing anyway, so when I heard about La Trobe Uni’s Autonobus self driving shuttle trial I had to give it a go.  It’s on a public trial aiming to get feedback from potential users and the general community. You can jump online and sign up for a go yourself.

So how was it?  The short answer: re-assuredly mundane.

We jumped in and got the spiel from the operator, and then with a hit of the “Go” button we were off.  The shuttle trundled off down the road, no steering wheel, no driver seat. 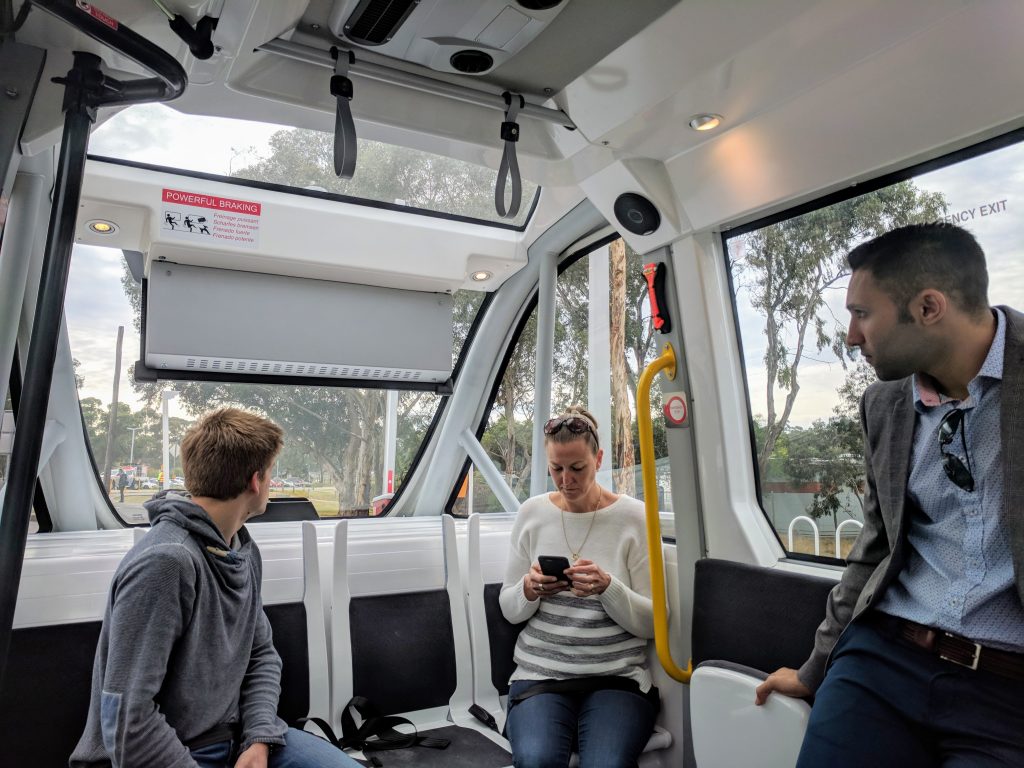 As is often the case the regulators are struggling to keep up with the technology, so there were a couple of human interventions along the way thanks to VicRoads and Police requirements.  When we came to a public roundabout there were some traffic controllers in place and the operator had to hit the go button again, but technically the shuttle did its thing.  The question I had was how would it handle interacting with unpredictable pedestrians.  As we were coming up to a pedestrian crossing I noticed a couple of students approaching.  It was perfectly clear to me what their intentions were, but would the shuttle see what I saw and make the same call.  The students were understandably wary of this big piece of metal driving itself down the road and were hesitant approaching the crossing.  It felt a little like a game of chicken!  Obviously the Autonobus wasn’t playing and as soon as the students stepped onto the crossing it stopped, allowing them to cross, before heading on its merry way.  The whole thing very quickly became really ordinary.  I could see this fitting in with the local ecosystem and quickly becoming part of the furniture; with people not giving a second thought to letting this machine drive them around campus.

A fun piece of info we learned on the day: if you need to manually drive the shuttle you plug in an Xbox controller and play the whole thing like a really boring version of Gran Turismo. 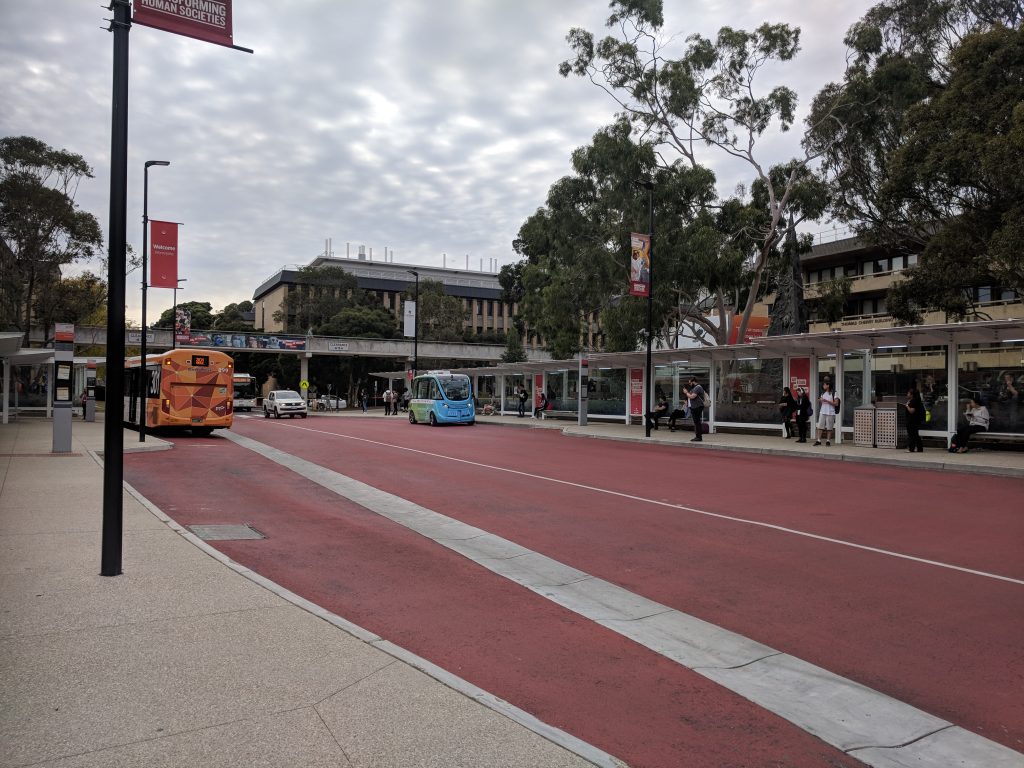